Have you ever wondered what is the underlying physiology that dictates performance during endurance events? What are the physiological factors that makes a runner into an F1 car and why do they matter in recreational athletes?

A runner’s VO2max is amongst the most widely used parameter to evaluate his/her cardiorespiratory fitness. It measures the maximum rate by which oxygen can be supplied and utilized by the body for energy production during exhaustive exercise. Thus, it provides a good indication on the maximum work capacity that a runner’s muscle can achieve using oxygen for energy production. Essentially, VO2max is analogous to the fuel tank capacity of a car – the larger the tank capacity, the further the distance a car can travel.

While a car’s fuel tank capacity may be indicative of the potential distance by which the car can travel, whether the car could fulfil its potential still greatly hinge upon the car’s engine efficiency (fuel consumption rate). Likewise, runners possessing high VO2max can only perform well if they are able to run efficiently, a concept known as Running Economy.

An individual’s RE depicts the oxygen cost (or energy demand) for a given running speed and it represents a complex interplay of various physiological (cardiorespiratory, neuromuscular and metabolic) and biomechanical factors. While improvement in RE can be attained via conscious correction of running gait (such as less vertical bounce or unnecessary arm swing amongst many others), it can also be improved gradually via training adaptations. That is to say, the more time spent running on the road, the more efficient one becomes.

The third physiological attribute dictating successful distance running performance is the concept of LT. At low running intensity/speed, a runner relies predominantly on aerobic respiration (producing energy using oxygen) for locomotion. As running intensity increases, the body eventually reaches a point where energy demand exceeds the capacity of aerobic respiration and the body starts to rely on less sustainable sources of energy without using oxygen (anaerobic respiration). The point where lactate starts to rise above resting level marks the LT of a runner. Although the science attributing fatigue to lactate accumulation is far from convincing, there is nonetheless a strong relationship between LT and endurance performance.

The LT is akin to the horsepower of a car engine. Regardless of the fuel tank capacity, a car requires a high horsepower engine before it can be sustainably driven at high speed without going into overdrive. Similarly, a higher LT allows runners to sustain at a greater running speed without relying on anaerobic energy production. Endurance training can improve LT, but there are currently no consensus on the best training method for the improvement in LT.

Why do these matter?

The concepts of VO2max, RE and LT have been the cornerstones for training prescriptions and the monitoring of training progression in elite endurance athletes, and they can be easily applied to the everyday runners too. Unfortunately, accessibility to exercise lab testing is limited in Singapore and they can come with high costs.

Marathoner Evan Chee, an everyday runner, who was the fastest Asian in the inaugural Bangkok Midnight Marathon in May 2017, shared his grouses: “I personally have not done a lab test as my coach (Rameshon, National Record Holder for Marathon) and I had found success to gauge my fitness using my performance in time trials and races. Moreover, it can sometimes be costly to do a lab test.”

Evan was not alone on this. Banjamin Quek, an NUS undergrad who is managed by ONEathlete, also quipped that treadmill tests feel different than running outdoors. He said, “I sometimes just can’t push myself as hard on the treadmill as compared to running outdoors because of the lack of visual cues of speed. Besides, the tests are not readily available too.” 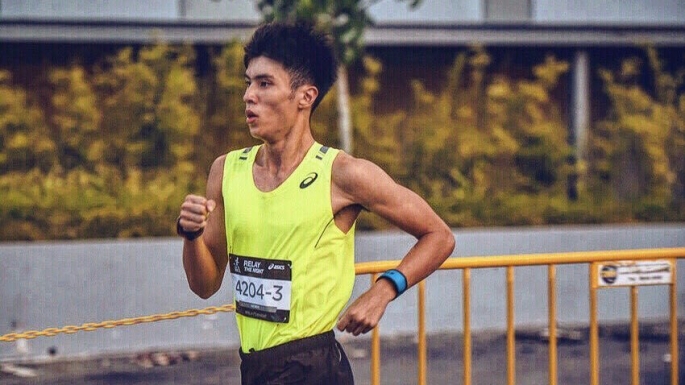 However, there is no need to fret. Key indicators such as VO2max can be easily and reliably estimated via GPS-sports watches or even simple running tests. For instance, VO2max can be scientifically predicted using the time taken to run 2.4km or the maximum distance covered in 6 minutes. This will suffice to serve as guidance for the prescription of exercise intensity to achieve optimal training stimulation with minimal risks of injury. To learn how to utilize these data in your daily training, check in next week!

Dr Ivan Low is a Research Fellow in the Department of Physiology, NUS. The exercise physiologist ran the Boston Marathon in 2015. He also extends his expertise to runONE’s Training Programme for ST Run 2017.