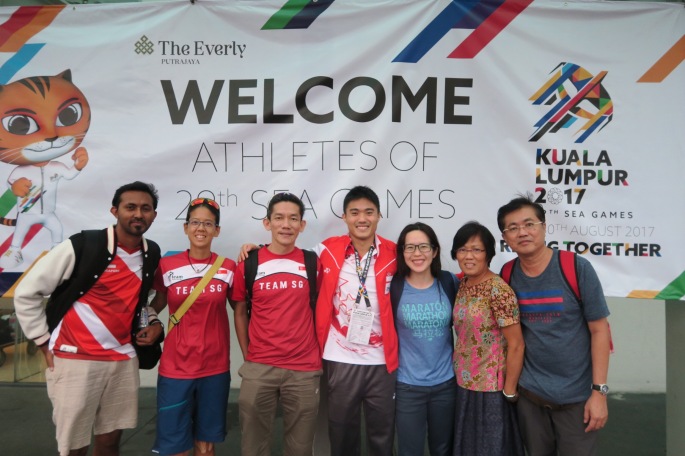 Kuala Lumpur – On the morning of 19 Aug 2017, after 2 hours 44 minutes of intense racing, TeamSG National Marathoner Mok Ying Ren (Managed by ONEathlete) finished strong in the men’s race which ended with a tightly contested 1-2 finish between Indonesia’s Agus Prayogo and Singapore’s Soh Rui Yong, with the latter securing the gold. The Malaysian duo finished 3rd and 4th in an emotion-filled run on home ground.  The sight of Soh and Agus fighting it out in the last lap was a fitting conclusion to what had been an eagerly anticipated race with one of the best marathon field the SEA Games has seen in recent years.

Mok’s finish of 2:44:15 was nearly 18 minutes off his personal best. The 29-year old doctor-marathoner was tested hard by the humid weather and a tactically-dominated race full of surges and changing leads that also saw one of the pre-race favourite, Thailand’s Boonthung Srisung, drop out in the last 10km. The race was conducted in the heart of Putrajaya on a 6-loop rectangular race route with multiple sharp turns.

“I go into every marathon expecting it to be challenging and today was no different. Having just started my surgical resident training I had to work twice, thrice as hard to give my all for this SEA Games. It was an all-out race effort so there is hardly any room for regret. It’s been a long journey and I’m very happy and thankful to have the support of my dearest wife, close friends, family, officials/staff, supporters and sponsors. Behind every athlete, there is a big ‘team’ like this! That’s the best part of this journey. ” said the 29-year-old doctor-athlete who had strived for a 3rd SEA Games gold medal juggling his training with the long hours as a orthopaedic surgical resident in training.

“I’m very humbled by all the supporters from Singapore, Malaysia and the other ASEAN countries! Even more touched by the love from the game host! This is the essence of the SEA Games!” Mok was cheered on by the crowds of supporters who chanted his name in support; and stayed on to take photos and selfie with the double SEA Games Gold medallist. The host country (especially) had certainly opened up their hearts to Singapore’s prolific doctor-marathoner. 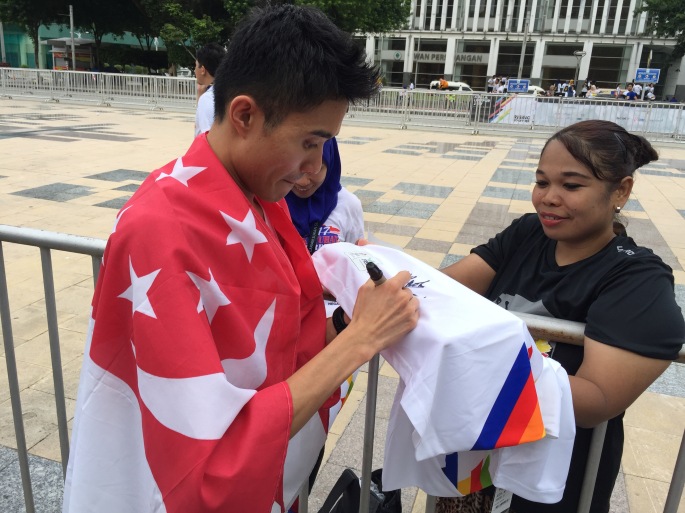 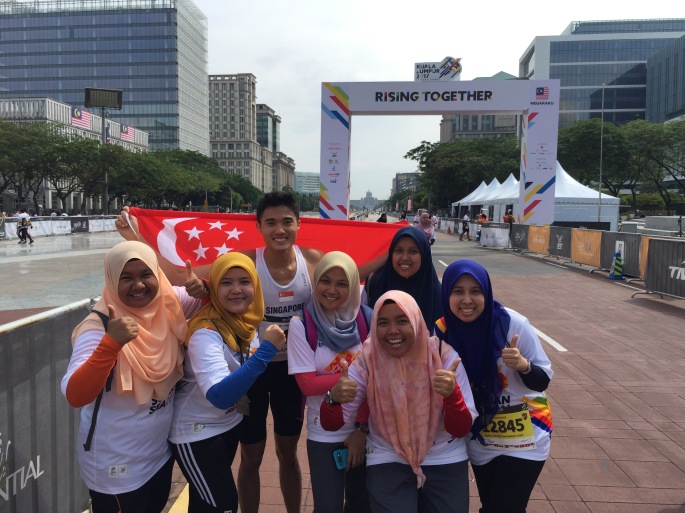 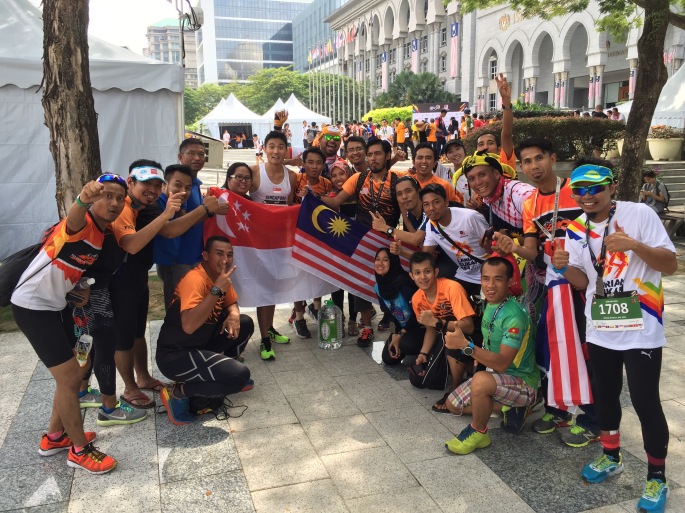 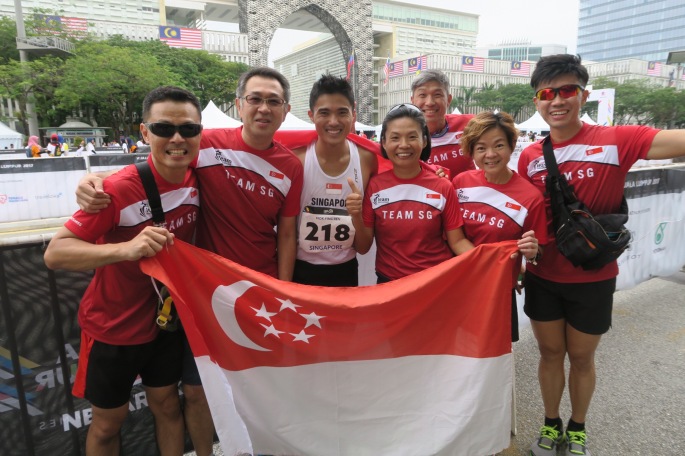 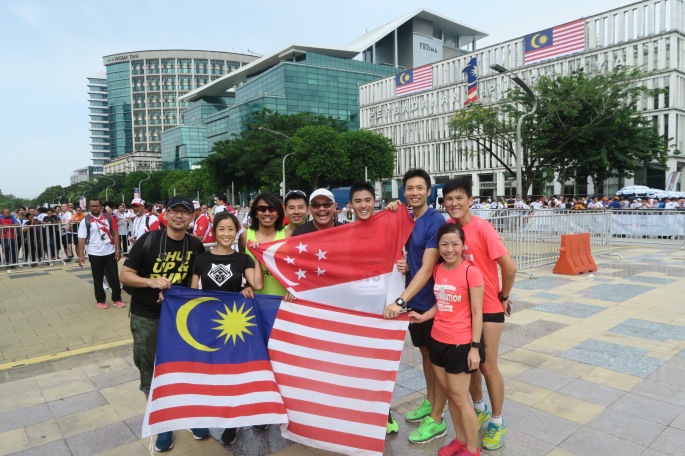 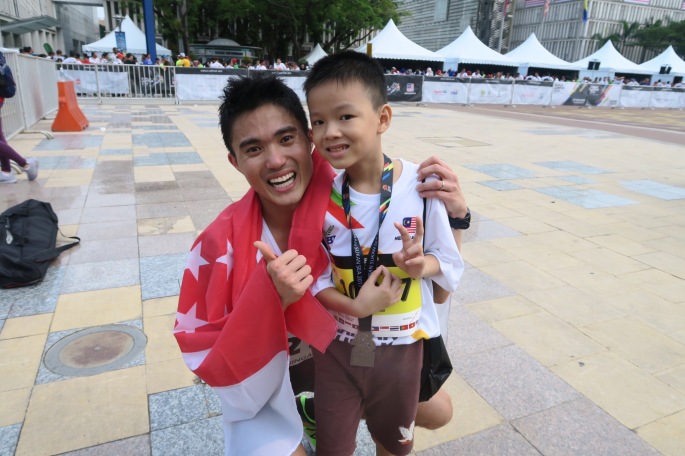 A spokesperson from ONEathlete, which manages Mok Ying Ren said that, “It is heartening to see that Mok’s passion for his patients, didn’t deter his shot at his best! Congratulatory messages have been coming in, and we want to thank Singaporeans for such a great showing of support! Mok hopes that more people will lead healthy lives and ‘run with mok’. He is looking forward to engage the running community even more in the near future.”

Attempting to win his third SEA Games Gold medal under such trying conditions was an emotional moment for Mok, in the months leading up. His immediate priorities after this race will be to move into his new flat and also prepare for his wedding banquet to be held later this year. 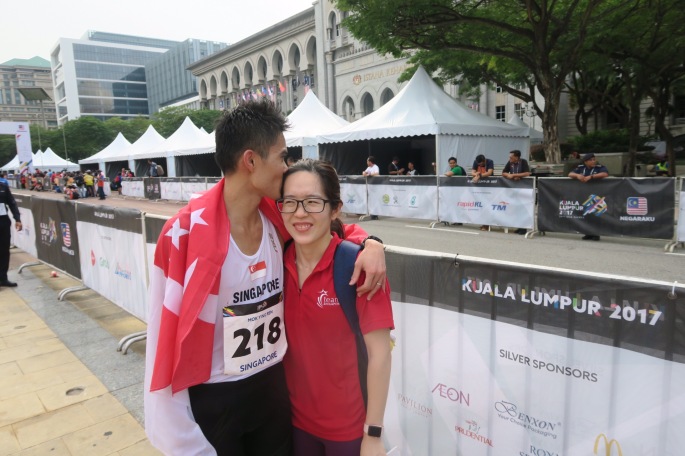