6 June 2018 – In the inaugural “On The Hills 10K” race held last Saturday (2 Jun) on a cold rainy morning, despite a 1-hour delay to the race start due to thundering showers, Ben Moreau, managed by ONEathlete, dominated the Men’s 10K Open category by winning in 35:29.

Ben, a dual Commonwealth Games athlete, was participating in his first race since his parkrun last September. On The Hills 10K is an interesting hybrid race concept that comprises a mixture of trails (10%), gravel (5%) and tarmac (85%) surfaces. This bring with it a unique set of challenges that evens the playing field for both seasoned trail and road runners alike as they blaze through Zhenghua Park Connector (PCN) and Dairy Farm Nature Park trails. 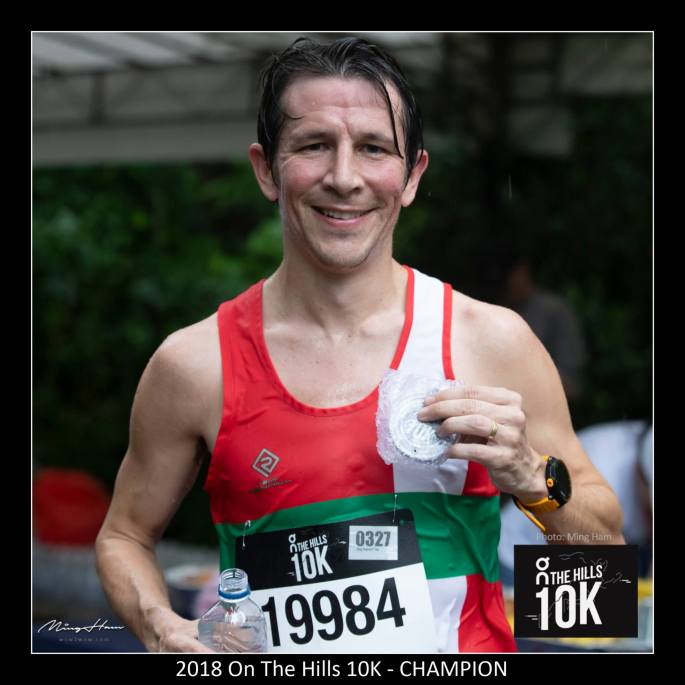 While parts of the trail were waterlogged from the pre-dawn showers, the overcast conditions made for a cooling race which was a rarity in tropical Singapore. Reflecting on his race, Ben was happy about his results in what could be said as his ‘comeback’ race after a short hiatus, and is looking forward to greater results as 2018’s race season gets underway! 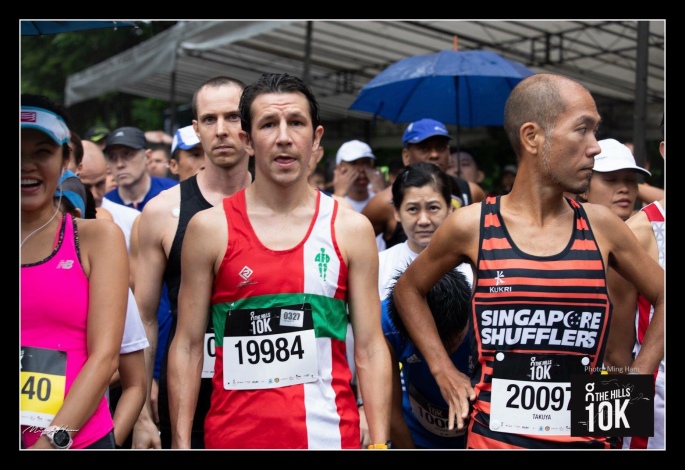