14 October 2018 – The Performance Series 2018, now in its 3rd year, crossed its finishing line this morning, with its 4th race of the year. It had earlier held its races at Punggol Waterway (Apr), Pasir Ris Park (Jun), and Bedok Reservoir (Aug) before this final installment of the year at East Coast Park. 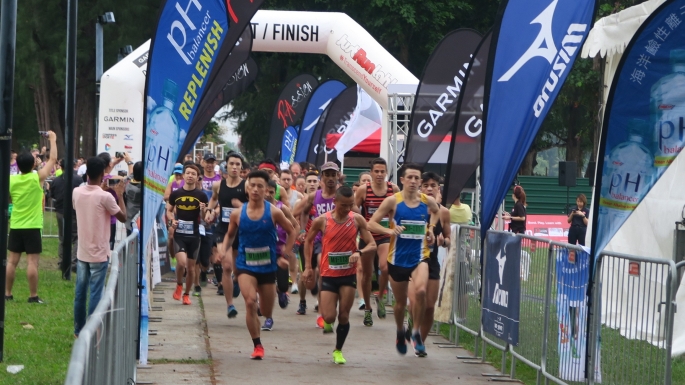 The race – tagged on social media as #TranscendYourself – went on as planned, despite the heavy downfall and chilly weather on the early mornings of the Sunday. About 2000 odd runners had gathered in anticipation at the beach area after they were notified of the 15mins postponement in view of the weather. The 10km was flagged off at 7.45am with 3 of the #ONEathlete gunning for their best in the drizzle. 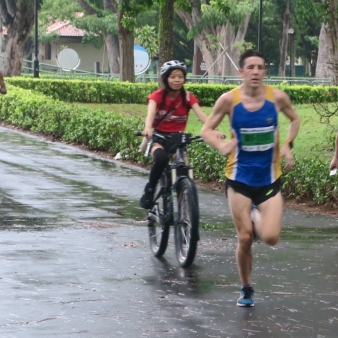 Ben Moreau led the pack of open-category participants throughout the race. He completed the 10km race with a timing of 32:38. Eventually, he was also awarded the trophy for being the 10km Overall Winner! It was no surprise that the British-citizen was ready to go for more, given his stellar performance in the recent Straits Times Run 2018 too! 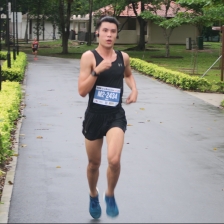 His fellow ONEathlete(s), Banjamin Quek (35:52) and Ashley Liew (37:48) finished 2nd and 3rd in the Local 10km category, close behind Prashanth Silva. Both talents are in the midst of gearing up their training for the upcoming Standard Chartered Singapore Marathon 2018, in December.

Opting for a slightly shorter race in view of his tight race schedule in October, was Evan Chee. He finished 4th with an unofficial timing of 18:38.

The local race that is organized by Just Run Lah, boasts of some key industry and community partnership, in addition to having Garmin as their title sponsor for the 2018 series! The race has also made significant efforts to raise the profile of local athletes by having a separate category for the local competitive runners.

ONEathlete congratulates Just Run Lah on this feat, as well as, to thank them for this opportunity to see all its athletes on the podium this morning!